Of all the small communities in the Western Arctic, Tuktoyaktuk is the community best geared for tourism. Tuk, as it is commonly known, is located in Canada’s farthest northern region. It lies on the shores of the Arctic Ocean at the tip of the Northwest Territories; it’s a unique destination.

The hamlet has a population of approximately 960 people. About 90 % of Tuk’s population is Inuvialuit, meaning “original people of the Western Arctic”, known to outsiders as Eskimos.

Over the years Tuktoyaktuk has been a base for Inuvialuit caribou and beluga hunting, as well as a DEW line radar site, and a centre of oil and gas exploration.

By Road via Dempster Highway

First, you have to get to Inuvik. If you are an adventurer like me, you most probably decide to drive the 740 km long Dempster Highway. The famous gravel highway starts east of Dawson City and takes you to the Yukon/NWT border. It continues to Fort McPherson and Tsiigehtichic, ending in Inuvik.

Before November 15, 2017, Inuvik was the end of the road. Until that date, Tuk was only accessible by air or by boat during the summer months and by ice road in winter.

New Inuvik – Tuktoyaktuk Highway 10 – Construction of the 137 km all-season road between Inuvik and Tukoyaktuk started in April 2013 and opened on November 15, 2017.

Because of permafrost, construction only took place during the winter months, which is the reason the project took so long.

For Information on vehicle rentals, see Camper and RV Rental. 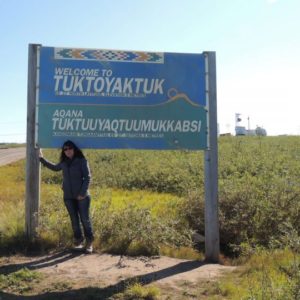 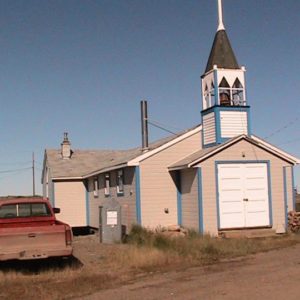 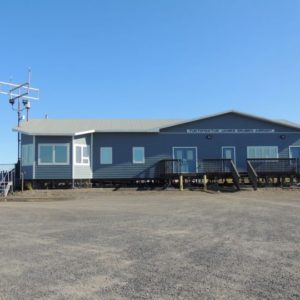 If you prefer to get to Tuktoyaktuk faster, Inuvik has daily air service from Edmonton, Norman Wells, Yellowknife, and Whitehorse.

Regular flights operate daily between Inuvik and Tuk, leaving Inuvik at 9:30 am and returning at 4 pm.

Aklak Air also operates charter flights, taking 45 minutes to an hour each way. The small plane flies low over the spectacular Mackenzie Delta and the beautiful Tundra with its many lakes.

When the plane landed in Tuk, my Nikon battery died and I didn’t have a spare. Luckily I had my cell phone to capture a few pictures.

Arctic Adventure Tours and Tuk Tours with their office in Inuvik offer cultural tours of the hamlet, harbour tours, and visits to traditional fishing camps, as well as boat trips between Inuvik and Tuk.

My plan was to fly to Tuk and take a boat trip back to Inuvik. Combined trips like this are only offered a couple of times a week. It didn’t work out for me and I had to fly both ways.

The day trip to Tuk by air was expensive but definitely worthwhile. To everyone travelling to Inuvik, I fully recommend visiting the hamlet of Tuktoyaktuk and take a local tour.

In winter, the Mackenzie River used to turn into an ice road connecting Inuvik and Tuktoyaktuk. The road closed permanently on April 29, 2017, at the end of the winter season.

The ice road between Inuvik and Tuk has been featured in some episodes of the TV documentary Ice Road Truckers. Driving the 140 km took around 2 1/2 hours. It used to be an incredible journey; an adventure that is now gone forever.

Most probably you’re like me and undertake your first excursion north of the Arctic Circle to the Land of the Midnight Sun during summer.

Tuk is also connected with the hamlet of Aklavik via an ice road.

Our Inuvialuit tour guide met us at the Tuktoyaktuk airport in her van and toured with us the small settlement. Most of the houses are old and weathered with tin roofs. Still, it’s a pleasant place, despite the old and rundown buildings.

The location is sensational and the people are extremely friendly. I wish I could have stayed for a night and listened to stories from the local folks.

Our guide took us to the Trans Canada Trail marker, the mission boat, and the picturesque little churches. I was hoping to tour the public ice cellar but it was locked up.

I noticed old dog sleds parked next to the houses and huskies chained up in the back.

Along the beach are old sheds for smoking fish and rendering whale oil.

We explored the sod house, a replica of a traditional sod house used by natives of the area many years ago. The local craft store was stocked with local crafts and treasures.

Visitors come to Tuktoyaktuk to tour the nearby pingo hills which we only saw from a distance. A pingo is an ice-covered hill that rises out of the Arctic tundra. Pingos were often used by travelling Inuvialuit as navigational landmarks.

Located along the shore of the Beaufort Sea, Pingo Canadian Landmark contains eight of the region’s 1,350 pingos, including Ibyuk Pingo, the largest Pingo in Canada and the second-largest in the world.

Our Lady of Lourdes Schooner

I don’t think the Inuvialuit people of Tuk are proud of this historical landmark. The schooner was once used to transfer children from Tuktoyaktuk to residential Catholic schools. Today, aboriginal people share their stories and talk about how it affected their lives. It’s a sad story.

Last used in the early 1960s, the boat now sits on the roadside near the Arctic Ocean. Situated close to it is the Catholic Church, it’s doomed to bad memories and misery. 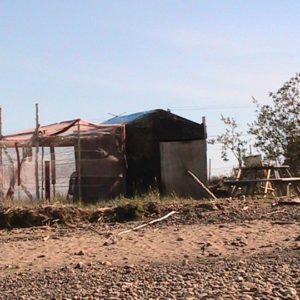 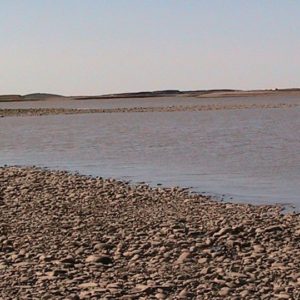 Along the Arctic Ocean 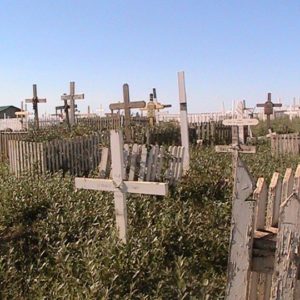 Dipping my feet into the frigid Arctic Ocean

This is the tradition, to dip at least a toe into the Arctic Ocean when you’re in Tuk. Some brave travellers actually jump in. Two feet in was good enough for me.

After the community tour, our guide invited us into her and her husband’s home for a traditional Inuvialuit meal of caribou stew and Eskimo donuts. We also sampled muskox meat, dry fish, muktuk, and smoked whale meat.

Like most residents in Tuk, the Jacobson’s still hunt, trap, whale, and fish for their food and live a traditional lifestyle.

They showed us some of the furs and skins that they harvested this past winter at their camp 155 miles out of Tuk. We saw antlers from different types of caribou, different types of fox hides, and muskox fur. In addition to furs, Eileen has interesting traditional clothing to show proudly to her visitors; like her mother’s old parka and the polar bear pants that her husband used to wear when hunting. 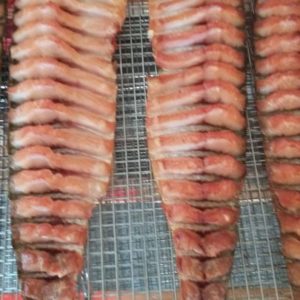 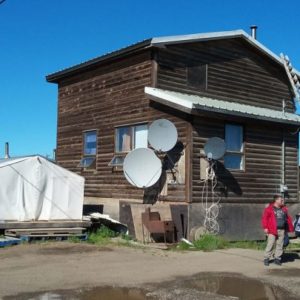 Tour operators offer many activities including dog-sledding, snowmobiling, ice-fishing, igloo building, and culture tours. Taking part in any of the activities will give you a glimpse into the lives and traditions of the local people.

If you decide to stay at Tuktoyaktuk for a night I suggest booking your accommodation before you arrive.

Things to do in the north

How to keep safe on a solo road trip