Barkerville Highway 26 is part of the Cariboo gold rush trail.

The Highway stretches about 80 km eastwards from Quesnel to Barkerville. Take the turnoff at the junction of highway 97 and 26, at the north end of Quesnel. Set your Kilometre dial to zero and head into the goldfields.

Barkerville Highway is a quiet, two-lane route treating you with beautiful views of forests, lakes, and mountains. The road soon takes you back in time 100 years. Also, Barkerville is probably your destination, make sure to stop at some of the many historic sites on the way.

This is a must-stop on Barkerville Highway 26. Cottonwood House is one of the last remaining gold rush roadhouses in British Columbia and also one of the province’s oldest building, dating back to 1864.

The old Gold Rush Trail passes right by the front door of the roadhouse. During the Gold Rush, Cottonwood House offered accommodation, meals, and provisions to travellers along the Cariboo “Wagon” Road between Quesnel and Barkerville. Besides displays of old photographs and period artifacts, you can try baked goods fresh from Cottonwood House’s wood stove.

Mexican Hill is one of the steepest grades of the original “Wagon” Road as it enters the foothills of the Cariboo Mountains. It’s named for a Mexican teamster who died in a freight accident near this spot. Mexican Hill pull-out is one of the few cell phone receptive spots along Highway 26.

The story goes like this: James Barry murdered Charles Morgan Blessing of Ohio at this spot in 1866. Shortly after the body was found, Blessing’s friend Wellington Delaney Moses from Barkerville uncovered the truth.

Barry was captured, and eventually convicted of murder and was hanged a few weeks later. Blessing’s remains were buried where he was fund and his grave is now officially the smallest historic site in British Columbia.

In 1972 the former gold rush road stop of Pinegrove House was rebuilt as Troll Ski Resort, often referred to simply as Troll. Forty years later the family-run mountain has developed into a full-service ski area with 4 surface lifts, 1,700 vertical feet of terrain and overnight accommodations.

From here the road leads to the ghost town and cemetery of Stanley before rejoining the highway at 61.2 km. The only building left in Stanley is the Lightning Hotel which predates 1900. Many historical people from the Lightning Creek area are buried at the Stanley Cemetery and there are some empty Chinese graves.

The lake and rest area are close to Wells and a great place for water recreations. The large rest area is also suitable to park for the night, as long as you leave early morning.

Take the first or second Pooley Street exit off the highway to visit the 1930 town of upper Wells. Since the closure of the mines in 1967, many artists and musicians have settled in this interesting town.

The creek is nestled between the 10th-century hamlet of Stromville and the 1950s Reduction Road resettlement of New Barkerville and can be seen winding its way along the highway just past Moose Island. Williams Creek is still considered to be the most gold-bearing creek in the world.

This is the turnoff to Bowron Lake Provincial Park, home of the internationally renowned Bowron Lake Canoe Circuit. The 25 km gravel road is usually in good condition.

East of the Bowron Lake Park Road is one of the oldest continuously worked claims in the Cariboo goldfields. It is named for the Ballarat mining region of Southwestern Australia.

Barkerville Historic Town and Park stands as a testament to British Columbia’s golden beginnings. and is the largest heritage attraction in Western North America.

The Last Mile of the original road has been preserved as a hiking and ski trail between Barkerville and Richfield. The Richfield Courthouse, British Columbia’s oldest wooden courthouse was built in 1882 and it is the last remaining Richfield building.

Other Road Trips in the Cariboo 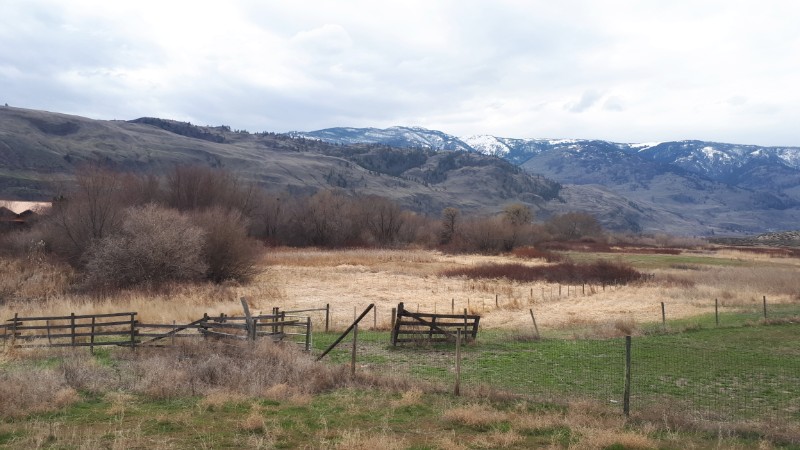 Instead of going North, I’m stuck at home

The situation hit me this morning. A beep on my cell phone and my Google Calendar popped up with the message: Going North. This was a reminder of my timeline planning I did when I was in Mexico in February. I never heard of Coronavirus or Covid-19 at the time. Now I’m stuck at home. I’m grateful that I got […]

Some prefer it fancy, I like it simple. I used to tent on the way. Now I sleep in my Toyota RAV4 which I converted into a mini-camper. What an immense improvement in camping quality. I will never go back to tenting unless it’s during a multi-day hiking trip. On my recent road trip to the Canadian north, Northwest Territories […]

Camping at the Old Ghost Town of Quesnel Forks BC

Old Ghost towns always intrigued me. Quesnel Forks is one of the earliest boom towns in the Cariboo, British Columbia with many restored buildings, information kiosks and free riverside campsites. Likely BC is the starting point for visiting Quesnel Forks. A 13 km drive along a winding gravel road with a couple of steep switchbacks will take you to the […]

We use cookies to ensure you receive the best experience on your site. If you continue to use this site we will assume that you are okay with our terms.